Originally published on Ultrasound G.E.L. on 2/18/19 – Visit HERE to listen to accompanying PODCAST! Reposted with permission. 2. In this study, 59% of patients had 1 or more POCUS abnormality, with diastolic dysfunction being the most common.

3. More information is needed to know how POCUS can be helpful in this population.

Pre-eclampsia is a real bummer. It’s a severe hypertensive disorder occurring in pregnancy that can result in multiple organ dysfunctions. Unbeknownst to much of the world, point-of-care ultrasound (POCUS) has actually been used to find some of these manifestations of severe preeclampsia. For example, preeclampsia can cause pulmonary edema, which we know shows up well on ultrasound of the lungs. POCUS can also diagnose increased optic nerve sheath diameter in these women, which could indicate an increased intracranial pressure from cerebral edema. Since not much is known about how ultrasound might be useful in this population, this study just aims to see how common these findings are in patients with the disease. A second goal of the study is to figure out if a low albumin correlates with these ultrasound findings, as a low oncotic pressure is one of the suggested explanations for the pathophysiology of pre-eclampsia.

What is the prevalence of abnormalities diagnosed on POCUS in women with late-onset preeclampsia with severe features?

Is there an association between pulmonary interstitial syndrome or optic nerve sheath diameter and maternal albumin level?

What is the association between cardiac dysfunction to a serum brain-natriuretic peptide (BNP), albumin, and the other POCUS findings?

Patients diagnosed with preeclampsia with severe features were enrolled

This was all independent of the study investigation.

As part of the study, the patients received a serum BNP and albumin.

Then these patients received their POCUS – cardiac, lung, and optic nerve sheath diameter (see below for details).

These were each defined as positive or negative based on definitions below.

These findings were analyzed to look for associations between the serum tests, the ultrasound findings, clinical features and a few other things. Because of the large number of comparisons, they adjusted the statistical significance level to P < 0.025 (that is a normal thing to do).

Power analysis: Needed 80 patients to show difference of 0.6 g/dL in albumin between those with and without POCUS findings of PIS or ONSD.

Two of the study investigators, not involved in patient care

No association between PIS or ONSD and serum albumin

No association between serum albumin and any type of cardiac dysfunction

BNP was not accurate for diagnosing any type of cardiac dysfunction

Patients were from South Africa. This limits the external validity to other populations, especially when discussion the incidence of disease which can certainly vary geographical.

Lots of exclusion criteria. Understandably, they didn’t want other factors that could affect either their POCUS or their serum markers, but excluding patients with urinary infection? Excluding obese women? That can limit the applicability of the examination.

Was POCUS being used to show that albumin would change or was albumin being used to show POCUS findings would change? The introduction to the paper makes it seem that there is only minimal evidence to support either relationship, yet they seem to use them to confirm each other as accurate. They did their power calculation based on finding a difference in albumin, that makes me think that the albumin was being used as the dependent variable here. The bottom line is that it would have been nice to have a control group so that you could compare BOTH the POCUS findings and the serum markers to controls without severe pre-eclampsia. Even if the point was just so show the prevalence of the POCUS findings in this population, we really don’t know if that matches the prevalence of disease because there was no standard to check it against.

Seems that the pulmonary edema in preeclampsia is associated with cardiac dysfunction. This may provide some theories as to how all of this dysfunction in orchestrated. Since the albumin did not seem associated, it might be the case that the colloid osmotic pressure does not contribute as much, at least in late-onset preeclampsia.

What to do with this information? Well – based on this information, we know that point-of-care ultrasound can find things in preeclampsia. Unfortunately, we don’t know what findings those things means for those patients. Even though this information is merely descriptive, I think it is quite thought provoking. It makes sense that POCUS would be able to find evidence of pulmonary edema, elevated intracranial pressure, and cardiac function that might occur in these patients. This is a good start to say that POCUS might be helpful – either diagnostically or prognostically. More research is needed and it will be interesting to see if there is a role for POCUS with these patients.

2. In this study, 59% of patients had 1 or more POCUS abnormality, with diastolic dysfunction being the most common.

3. More information is needed to know how POCUS can be helpful in this population. 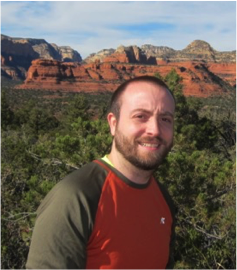 A few additional comments: the mean BMI was >30. I am not sure if the authors made BNP adjustments for BMI as this can be falsely low in an obese population, however I presume the increased BMI is a result of the pregnancy in many cases and I am unsure if a correction is necessary based on this “obesity” from pregnancy. I would also state that with only 80 patients and only a handful of people with positive findings, and then also doing a correction for multiple hypothesis testing, this study is hard to get excited about. If they had just done one test the PIS on POCUS would have been significant right? but they also needed to check OSND, etc….. Perhaps with only 80 patients they shouldn’t have tried to perform multiple hypothesis testing.