Originally published on Ultrasound G.E.L. on 9/28/20 – Visit HERE to listen to accompanying PODCAST! Reposted with permission. Using point-of-care ultrasound to assist with management of hemodynamics is bread and butter critical care. However, most people are focusing on the cardiac function and an assessment of the preload. This paper brings up the fascinating point that we often neglect the effects that venous congestion can have on organ perfusion. They lay out many potential pathways that an increased venous pressure can be bad for organs. But is there a way to assess this?? Yes! At least there is now. Many POCUS users take a look at the IVC, but we can add to that the venous waveforms of abdominal organs. Although any one of these items can fail you, perhaps putting them all together is the way to go. This is the first published article on the VExUS (Venous Excess UltraSound) grading system which suggests a protocol for assessing and grading the amount of venous congestion in your patients.

Does the VExUS score have clinical value in predicting the occurrence of acute kidney injury after cardiac surgery?

How does the VExUS compare to central venous pressure (CVP)?

In the prior study, they randomly screened patients the day before surgery, recruited a number of patients per day based on availability of investigators.

POCUS assessment was performed the day before surgery, at ICU admission after surgery, and daily on post-op days 1-3.

They also collected information from pre or intraop TEE, CVP from jugular central venous catheter. Labs such as NT-pro-BNP, creatinine were collected.

Acute kidney injury (AKI) defined as increased in serum creatinine > 26 umol/L within 48 hours or 50% from baseline within a week from cardiac surgery.

Clinical information such as vasopressors, inotropes were collected to calculate a vasopressor-inotrope score (VIS) that reflects an overall requirement even with different or multiple medications.

This prior article goes into these with some good figures. All of this stuff was previously published. What this article did was create a grading system putting them all together. This team included intensivists, emergency physicians, a nephrologist, and anesthesiologist.

Spoiler! C was the best, it looked like this:

They first wanted to find which of their prototype grading systems was most associated with AKI, then they performed a multivariate regression. 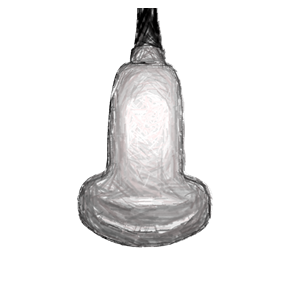 Dorsal decubitus position with head of bed at 0º or 30º. Avoid valsalva maneuver.

Probe is in mid to posterior axillary position on right side

IVC in this article it was from subxiphoid, in the original article (from which these patients were originally enrolled, it seemed to indicate the right mid-axillary line for this view as well). The maximal diameter of IVC was measured (at intrahepatic portion, 2 cm from junction of hepatic veins)

Portal vein Doppler normally should have very little pulsatility. In this study they calculated the pulsatility fraction, which is the difference in the max and min velocities divided by the max, as a percentage.

Hepatic Vein Doppler normally should have a systolic wave equal or greater than diastolic wave. In abnormal hepatic venous flow, the diastolic is larger or there is reversal of flow in systole

Intrarenal doppler pulsed wave doppler at corticomedullary junction in all three segments, during a respiratory pause after expiration. Normally there is continuous venous flow. Abnormal would be biphasic venous flow or worse – only flow during diastole. They recorded the pattern over 2 to 3 cardiac cycles. Also calculated renal arterial resistive index.

Learn how to do VEXuS from Western Sono

In multivariable model remained associated after adjusting for baseline risk and other factors – HR 2.82 (CI 1.21-6.60)

Overall, requiring too many “severe” abnormalities led to less Grade 3 patients. Including the IVC also led to less patients with Grade 3. Grade 3 in all prototypes was associated with AKI.

Test Characteristics for VExUS at ICU Admission for AKI

VExUS C Grade 3 – this one was the most specific

Best sensitivity was from most of the protocols Grade 1 – 73%

The cumulative fluid balance did not exactly line up with the VExUS grades. There was overlap between normal and Grades 1-3 but it looked like grade 1 was highest, then grade 3, then normal, then grade 2 had lowest (Figure 4c).

IVC dilation alone was only 41% specific for AKI.

This is a derivation study where the primary purpose is determining which form of the VExUS criteria is most accurate. Therefore, we can’t draw conclusions from this data that the VExUS should be used in clinical practice.

This is a complex skill. This study used well-trained operators. How long does this take to learn? How long does this exam take to complete? Prior studies have shown feasibility and good interrater reliability (per these authors), but we might need more of those in different settings and different populations.

Unclear if treating physicians were blinded to POCUS results. What if certain physicians acted on them, but others did not? That could have skewed main end-point of AKI.

There is a lot of data in here. They measured each of 5 different prototypes, on 5 different days, at 4 different grades and then looked to see what stuck. This was perhaps a necessary approach this early in investigations, but ultimately we need to figure out when and how to assess this and THEN figure out the strength of that approach.

This is great preliminary work for scouting out the VExUS score. As mentioned above, it is a derivation study. Therefore we need a prospective validation cohort to see if this association with AKI continues. However, this study does give us a solid starting point for future work. I would like to see a study that compares using the VExUS score to guide fluid management to using IVC, CVP, or even a unqualified “traditional management”. End points should focus on patient centered outcomes – days in ICU, need for diuresis, even mortality (and sure- AKI also).

The authors bring up the idea of adding RV function to the assessment. Others have suggested diastolic measures of the left heart. You could also consider looking at the lungs for fluid overload. The possibilities are endless. Did we really exhaust our other options before turning to more complicated abdominal doppler measurements? I haven’t seen many studies suggesting that echo and lung alone are inadequate. I think that this is a fascinating discussion, but I would like to see more comparisons between this and simpler options.

This was a retrospective study that looked at the use of a novel VExUS score, a POCUS measure of venous congestion incorporating abdominal organ doppler measurements. In a population of post cardiac surgery patients, they compared different iterations of the VExUS grading system for outcomes of acute kidney injury. They found that at best the VExUS had a hazard ratio of 3.69 and was specific, although not sensitive for AKI. This seemed to be better than CVP.

More Great FOAMed on this Topic 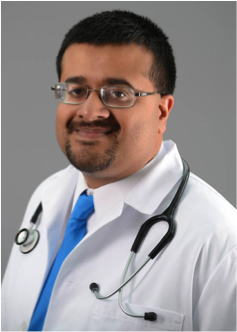 Nik Theyyunni is the ultrasound director at the University of Michigan, Department of Emergency Medicine.

This study is an interesting post-hoc analysis to determine which of several prototype VexUS grading systems best predicts AKI in a derivation cohort of post cardiac patients. While it has significant limitations, it’s a great example of how we can approach research into the nuances of holistic evaluations of patients using POCUS in a rigorous way. It’s important to note that this is essentially a derivation study. I would want to see this VExUS prototype grading system validated with a future cohort of patients to see that this relationship bears out. It would also be great to see future studies looking at this grading system in differing patient populations –for example, the physiology of AKI in sepsis is different from post-cardiac surgery patients, and it’s not clear that the same grading system would work well in both populations!